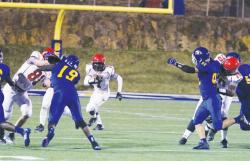 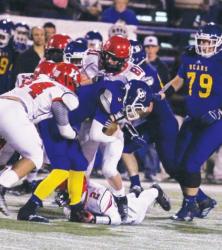 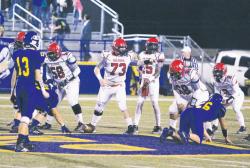 Ragin’ Red had claimed a playoff berth for the fourth consecutive year under coach Mike Wood with a 27-7 victory over the Bears.

With the win, combined with other scores on the night, the four playoff teams in the district look to be Kilgore, Henderson, Chapel Hill and Carthage, with Brownsboro and Palestine missing out. Henderson beat Chapel Hill Friday night, so the Lions don’t have a district loss.

Kilgore and Henderson will meet next Friday night, here at R.E. St. John Memorial Stadium, in the regular season finale for both schools, a playoff warm-up.