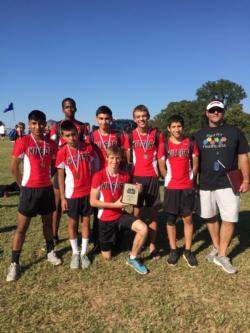 Fletcher led the Bulldogs to the win, and was one of four Kilgore runners to finish in the top 10.
Fletcher was second, Clinton Rounsavall was seventh, Isaac Chavez was eighth, Jose Canchola was ninth, and Juan Silva was 10th. Jesse Zavala was 12th, and Jeremy Lane 21st.